Session 9 was released in 2001 and is a great example of a psychological “slow burn” horror flick. The interaction between the characters and their environment makes you realize that the most frightening things in the world are often the elements that are inside every human.

Session 9 is set in and around the very real Danvers State Mental Hospital, which has a very disturbing backstory. A 5 member team of asbestos removers are contracted to remove all of the harmful materials from the hospital in only 5 days. As each day passes the team starts to crack under the pressure of the unrealistic deadline and the creepy atmosphere of the hospital. On top of that, each character has problems outside of work, so no matter where they are stress is with them.

While working in one of the hospital’s many offices one of the team discovers a box containing nine audio-taped sessions that were recorded with Mary Hobbes, a patient at Danvers who suffered from a dissociative identity disorder. As the days pass he becomes obsessed with the content of the tapes which center on Mary’s psychologist’s attempts to uncover details surrounding a crime she committed at her home two decades prior. The most unsettling part of the recordings is the numerous personalities Mary exhibits, each of who have unique voices and demeanors. All of the personalities seem to have a healthy fear of one named ‘Simon’, and eventually, we discover that Simon is the personality responsible for Mary’s crime.

The movie progresses at a very slow pace, but if you stick with it you are rewarded with a disturbingly realistic story that will stick with you for a very long time. The ending of Session 9 is, in my opinion, one of the greatest ever. It leaves you with a sense of dread and understanding of why, sometimes, good people can do very bad things. 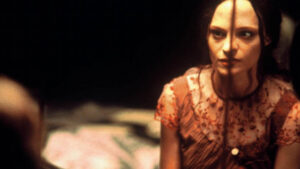 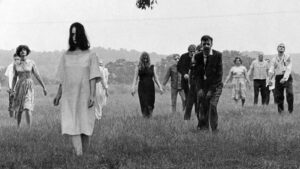 Night Of The Living Dead Thoughts 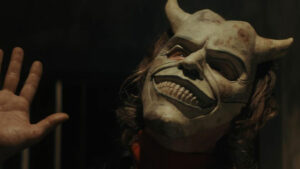 Setting And Story Shine In The Black Phone